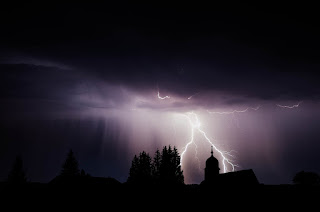 More deserving to be called the Nation of Kufr, this cult has used black nationalism as its momentum in finding recruits. with elements of Muslim and Christian beliefs

The most prominent of the pseudo-Islamic groups in America was “The Lost Found Nation of Islam” which became known in the news media as the “Black Muslims”. This group’s beginnings are somewhat shrouded in mystery. A foreigner, by the name of Wallace Fard Muhammad, of uncertain origin, taught what he termed Islaam among Blacks in Detroit from 1929 to 1931. Following his disappearance in 1931, the most prominent of his students, Elijah Poole (1897-1975) secured leadership of the group and claimed that Fard was actually God in person and that he, Elijah, was the messenger of God sent to Black Americans. Elijah taught that Black people were gods, and White people were devils created by a Black scientist. Heaven and Hell, according to his teachings, are on earth in this life and there is no resurrection for the physically dead. [Black Muslims, pp. 72-78] Although Elijah claimed that the Qur’aan was the book of Muslims, he mostly referred to the Bible in his teachings. Actually, the main text of the cult was a book composed of some of his speeches and newspaper articles which he called Message to the Black Man in America. [Elijah Muhammad, Message to the Black Man in America, (Chicago, ILL: Muhammad’s Temple no. 2, 1965)]

Email ThisBlogThis!Share to TwitterShare to FacebookShare to Pinterest
Etiquetas: Sects