Sayings of our scholars about charity organizations

Sayings of our scholars about charity organizations

The Shaykh, may Allah have mercy upon him, said:

Splitting and dividing into groups or charity organizations is from that which our religion has prohibited. Our religion has demanded from us that we do not differ nor oppose each other in ideas as because of this differing, the efforts of the dawah go to waste. So it is obligatory upon us to be one group upon the manhaj of Islam and the sunnah of the Messenger (may the Peace and Blessing of Allah be upon him). This is the duty of the Muslims

The noble Imaam Shaikh Al-Albaani holds the opinion that is sufficient that the projects of establishing charity organizations is haraam if they deposit their wealth in interest based banks.

Verily some groups come together under an organization, they use (some of the) statements of Shaykh Islaam and other than him from the people of knowledge as a proof (for it) , while (in reality) they did not understand ( the speech of those scholars) for verily Shaykhul-Islaam, may Allah have mercy upon him, mentioned organizing but however he did not intend an actual organization, because these organizations are newly invented organizations meaning selecting a leader for a party who is obeyed and those who are under him informs him of that which occurs as (it is performed) for the Ruler (of the Muslims) for his obedience. This is with no doubt not permissible and the speech of Shaykhul-Islaam does not indicate ( the permissibility of this) nor does other than him.

Missing the Maghrib Prayer due to breaking fast

Missing the Maghrib Prayer due to breaking fast

Questioner says: In Ramadan I do not pray Maghrib with the congregation and that is because of the farness of the masjid and me being preoccupied with breaking fast. Keeping in mind that I pray all the rest of the obligatory prayers in the masjid with the congregation. So what is the ruling on this? May Allah reward you with good.

Answer: That which is obligatory upon you is to pray Maghrib in th masjid just like all the rest of the obligatory prayers if you are capable and you hear the call. Due to the saying of the Prophet, s`llahu 'alayhi wasallam: (Whoever hears The call and doesn't come, then he has no prayer except for an excuse.) It was said to ibn 'Abbaas, may Allah be pleased with them both, what is the excuse? He said: Sickness or fear.

So if you hear the call (i.e. the athaan), it is upon you to race (towards it). Eat from that which is easy for you from the fatoor (breakfast); three dates, five dates, whatever is easy then head for the prayer.

The Prophet, sallahu 'alayhi wasallam, and his Companions, may Allah be well pleased with them, used to break their fast then head out for the prayer (in jamaa'ah). Hence, you must do likewise. Break your fast with that which Allah makes easy for you then proceed to the prayer. However if the masjid is distant from you and you don't hear the athaan because of that, then you are excused. But if you drive to it (i.e. the prayer) and bear the difficulty (in that) it will be more virtuous and greater for your reward. And the intent by athaan is the normal athaan without the loudspeakers. The one where the voice is heard by the normal athaan and upright voice, the one when the voices subside (it) can be heard from your place (i.e. where you are at).

As for it -the athaan- being heard by way of the loudspeakers and it is far and you only hear it by way of that, then this doesn't concern you if it is far away. However if you were to go and endure the hardships or by driving in a car this is better for you and more superior. 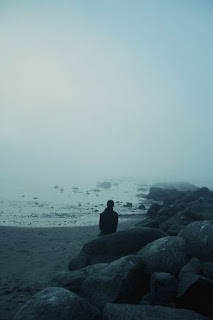 The Supplication that is Said at the

A Prophetic Remedy for Difficult Times

((There is no one who is afflicted with an affliction then says:

‘Indeed we belong to Allaah, and indeed to Him we shall return. O Allaah, reward me in my affliction, and requite me with that which is better than it.’

Except that Allaah will reward him in his affliction, and will requite him with that which is better than it.))

This statement is of the most far reaching cure for the afflicted person as well as its most beneficial for him in his temporal worldly life and his life to come. Indeed, it comprises two great fundamentals, if the servant realizes them through understanding them; then he will be comforted from his affliction:
The first of them: is that the servant, and his family, and his wealth are possessions of Allaah, The Mighty and Majestic, Allaah had but placed them with the servant as something borrowed. So if He takes it from him, then it is like the lender taking his possession from the borrower.
The second: is that the eventual destination of the servant and his return is to Allaah – his True Lord, and it is a must that he will leave the dunya (the life of this world) behind him and shall come to his Lord alone – just as He created him the first time, without family or wealth or kinsfolk – but with good deeds and misdeeds.
So if this is the beginning of the servant, and that which he was entrusted with, and his ultimate end, how then can he be delighted at one that is existent or grieve over one that is nonexistent? Therefore his contemplation upon his beginning and his life to come is from the greatest form of remedy for this malady.”[2]

After mentioning this incident and this supplication, Ibn al-Qayyim (rahimahullaah) stated:

“Look then at the outcome of patience and al-Istirjaa (saying: Indeed we belong to Allaah, and indeed to Him we shall return),[4] and of following the Messenger and of being pleased with Allaah, to that which was to eventually lead to – and Umm Salamah being granted marriage to the most noble of creation to Allaah.”[5]

__________________________________
[1] Reported by Ahmad in his Musnad (no.26635), it is likewise reported by Muslim (no.2123) with slight variations in wording between them, the wording above also varies slightly from that which is reported in the Musnad.
[2] Abridged from Zaadul Ma’aad vol 4 p.189
[3] Majmu’ Fataawa vol 17 p.416-417
[4] Shaikh Zaid bin Haadi al-Madkhali (rahimahullaah) said: “In al-Istirjaa (saying: Indeed we belong to Allaah, and indeed to Him we shall return) is an acknowledgement and a submission by the owned servant of his Creator and his Originator in that He has free right of disposal in regard to him with; whatever He wishes – when He wishes – how He wishes, from living and dying and sound health and sickness and poverty and affluence and happiness and sadness – in accordance to His Wisdom and His pre-decree, The Glorified.
Likewise that his eventual destination is to Him, thus He will give full share to every doer over that which he did – and your Lord does not at all oppress anyone” (Al-Afnaan an-Nadiyyah vol 2 p.255)
[5] ‘Uddatus Saabireen p.141

What Precedes Before Sin 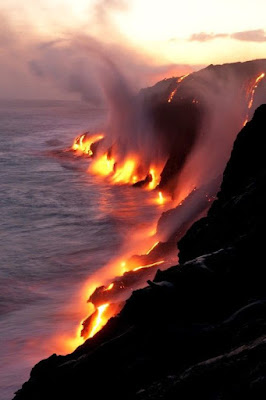 What Precedes Before Sin


”The pleasure in disobedience is not reached, except through intoxication in heedlessness” [Saydul Khaatir: page: page:132]

My aunt is a witch 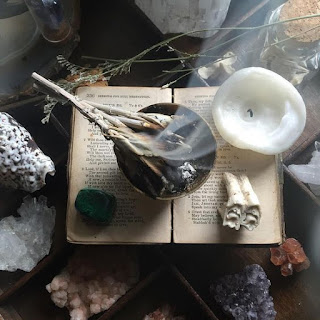 My aunt is a witch 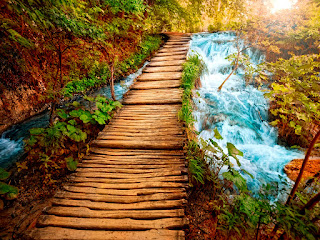 Restrict Yourself To The Authentic Narrations


Imaam Muhammad bin Saaleh Al-Uthaymeen [May Allah have mercy on him] said:

“I advise my Muslim brothers to have [a strong] desire to [act upon] the affirmed Sunan of the Prophet [sallal-laahu-alayhi-wasallam] and leave that which has not been affirmed; for indeed the Messenger [sallal-laahu-alayhi wasallam] did not leave off anything that is needed by his Ummah [nation] in their worldly affairs and affairs of the afterlife; rather he made it known.”

Ruling on saying: "You do not deserve it" 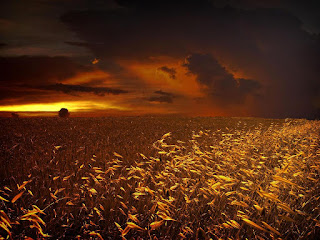 Ruling on saying: "You do not deserve it"

Q: Someone from Riyadh says: Some people say to the ill person they are visiting, "You do not deserve this" as if they are objecting to Allah's Decree. Others say upon hearing that someone is ill, "By Allah! They do not deserve it." I hope Your Eminence can clarify the ruling on saying these words. May Allah reward you the best!


A: It is not permissible to say these statements, as it entails objecting to Allah's Ordainments, while He is All-Knowing of His Servants. He ordains and decrees with His Wisdom who will be sick, who will be healthy, who will be poor, and who will be wealthy.

However, it is permissible to say during such occasions, "may Allah protect and heal him" and the like of these commendable words.

I ask Allah to guide all Muslims to understand His Religion and hold fast to it, for He is the Best One to be asked.

Marriage To One Who Commits Forbidden Sexual Intercourse 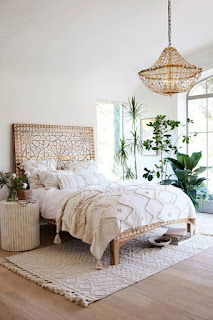 Marriage To One Who Commits Forbidden

It is not permissible for a man to marry a woman that commits forbidden sexual intercourse, nor is it permitted for a woman to marry a man that does such, unless there occurs from both parties sincere repentance. The proof indicating this is the fact that Allah made chastity a condition found within all parties before the marriage. Just as He the exalted says:

Also that which comes in His statement:

Allah forbade this. Prohibit upon the believing men is marriage to women that commit fornication and or adultery, as Allah orders chastity, and seeking the chaste woman and man. Thus forbidden upon the believer is marriage to whomever is described with committing prohibited sexual relations (fornication/adultery), or polytheism, because no one does that except a fornicator or polytheist, just as Allah Lord of the existence states.

As a result of this, you become aware that the affair, pertaining to the youth safeguarding their youthfulness, is tremendous. That is by him not involving himself in fornication, and the committing of immoral acts, likewise the young woman and the safeguarding of her youthful innocence. If this is the case, then it is a tremendous affair and a honorable gift.

Also the safeguarding of the woman after marriage, like we’ll see shortly. As Imam Ahmad held the opinion that if a woman committed adultery, while she has a husband, separation becomes binding. This affair will come shortly if Allah wills.

Imam Ahmad and Abu Dawud reported, with an authentic chain of transmission, upon the authority of Abu Huraira that Allah’s Messenger -sallahu alayhi wa sallam- said, “The whipped fornicator does not marry except one like him.” This narration is authentic.

The whipped fornicator: He who the Islamic punishment has been incurred upon.

Imam Ash-Shawkani said: “This description is commonly absent, pertaining to those that openly commit fornication and or adultery. In it is proof supporting the prohibition of a man marrying whomever openly commits forbidden sexual relations, likewise a woman marrying a man that does such. The previously mentioned verse alludes to this due to its last part, -and that is forbidden  for the believers.- Thus it is explicit as it relates to its prohibition.”

It has not been made conditional that the Islamic penal punishment be inflicted upon him. On the contrary if he is known to commit prohibited sexual conduct, at this point it is prohibited for the believer to marry him off (to a believing woman). In addition if a woman is known to commit prohibit sexual relations, it is forbidden for a believer to marry her. This is the view of Qataadah, Ishaq, Ibn Ubayd, Ahmad, and Ibn Taymiyyah.