The Dislike of the Salaf with Regards to Giving Religious Verdicts 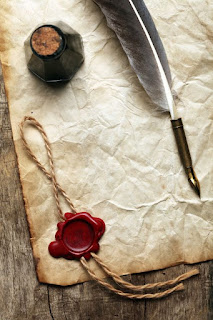 The Dislike of the Salaf with

This is similar to the hatred of the Salafus-Saalih (the Pious Predecessors) that a person should put himself forward to give religious verdicts (fataawaa) and to crave them, and to hasten to it, and to do it in excess. Ibn Lahee`ah reports from `Ubaydullaah ibn Abee Ja`far in mursal form from the Prophet sallallahu `alayhi wa sallam that he said, "He who is boldest from you in giving religious verdicts, will be the boldest in proceeding to the Fire" [It is reported by ad-Daarimee 1/57 and its chain of narration is weak since it is mursal (i.e. there is a missing link or links between the last narrator and the Prophet sallallahu `alayhi wa sallam)]. `Alqamah said, "They used to say, 'The boldest of you in giving religious verdicts is the one having the least knowledge.'"

Ibn Yameenah said, "This affair is not for those who love that the people should have need of them, rather this affair is only for those who love that someone can be found to take their place." It is also reported from him that he said, "The most knowledgeable of people concerning religious verdicts is the one who is most often silent, and the most ignorant of people about them is the one who speaks the most with regard to them." [Reported by al-Khateeb in al-Faqeeh wal-Mutafaqqih (2/166) and its isnaad is weak.]

Sufyaan ath-Thawree said, "We reached the scholars and they used to hate answering questions and giving religious verdicts until they could find no way out except to give a verdict, but if they were relieved of having to do so then that was more beloved to them."

Imaam Ahmad said, "He who puts himself forward to give religious verdicts has put himself forward to something very serious, unless he is forced through necessity." It was said to him, "Then which is better: for him to speak or to remain silent?" He said, "It is more beloved to us that he should withhold." It was said, "But if there is a necessity?" So he started saying, "Necessity! Necessity!" And he said, "It is safer for him to withhold."

So those who give religious verdicts should realise that they are transmitting Allaah's orders and prohibitions and that he will be made to stand to account and be questioned about it. Ar-Rabee` ibn Khaitham said, "O giver of religious verdicts! Look and see how you are giving verdicts." `Amr ibn Deenaar said to Qataadah when he sat to give religious verdicts, "Do you realise the affair that you have fallen into? You have come between Allaah and His worshippers and say, 'This is correct and this is not correct.'" [Reported by al-Khateeb in al-Faqeeh wal-Mutafaqqih (2/168)]From Ibnul-Munkadir who said, "The scholar enters between Allaah and His creation, so let him look and see how he enters between them." [Reported with variations in wording by ad-Daarimee (1/53), and al-Khateeb in al-Faqeeh wal-Mutafaqqih (2/168) and its isnaad is saheeh.]

When Ibn Seereen was asked about anything pertaining to the permissible and forbidden his colour would change and he would alter so that he would not seem to be the same person. [Reported by ibn Sa`d (7/195), al-Khateeb in al-Faqeeh wal-Mutafaqqih (2/167) and its isnaad is saheeh]. When an-Nakhaa`ee was asked about something then hatred would be seen upon his face and he would say, "Could you not find someone else to ask other than me?" He also said, "I spoke and if I had found any way out I would not have spoken, and indeed a time when I am the scholar of Koofah is an evil time." [Reported in meaning by Aboo Khaithamah in al-`Ilm (no. 131).]

It is related that Ibn `Umar, radiyAllaahu `anhumaa, said, "You ask us for religious verdicts in such a manner that it is as if we are people who are not going to be questioned about the verdicts that we give you." [Reported by al-Fasawee (1/490) and al-Khateeb in al-Faqeeh wal-Mutafaqqih (2/168) and its isnaad is weak.] Also from Muhammad ibn Waasi` who said, "The first of those who will be called to account are the scholars." It is reported about Maalik, radiyAllaahu `anhu, that when he was asked about a matter it was as if he were standing between the Paradise and the Hell-Fire. [Reported by al-Khateeb in al-Faqeeh wal-Mutafaqqih (2/167) and its isnaad is weak.]

One of the scholars also said to a person who used to give religious verdicts, "When you are asked about a matter then do not let your concern be to release and find a way out for the questioner, but rather to release and save your own self." [The one who said this was `Umar ibn Khaldah az-Zurqee and he was speaking to Rabee`ah ibn Abee `Abdir-Rahmaan. This narration is reported with very close wordings by al-Fasawee (1/556-557), Aboo Nu`aym in al-Hilyah (3/260-261) and al-Khateeb in al-Faqeeh wal-Mutafaqqih (2/169) and its isnaad is saheeh.]Another said, "If you are asked about a matter then consider - if you find a way out of it then speak, otherwise remain silent." The sayings of the Salaf about this are too many to quote and gather.