Shaykh Muhammad ibn Saalih al-Uthaymeen:
-“If it´s evident that the person who stands besides you in Salaah keeps moving their feet away from you (i.e. refuses to join feet) it is not from the Sunnah for you to move your foot closer (because then you’ll end up standing with widespread feet).”-

'A'isha رضى الله عنها said,
“A man suffering from an affliction passed by some women and they laughed together, mocking him, and so one of them got that same affliction.”
[Âdab al-Mufrad no. 887]
Published by أم حذيفة حياة لأندلسية en 11:44 No comments:

Reminder after the burial at the graveyard...

السلام عليكم ورحمة الله وبركاته
Question:  Is it permissible to give a reminder after the burial at the graveyard?
Answer:
by ash-Shaikh Dr. Saalih bin Sa’ad as-Suhaymi حفظه الله (Lecturer at the Prophet’s Mosque in Madinah)
الشيخ العلامة صالح بن سعد السحيمي -حفظه الله تعالى: المُدرس بالمسجد النبوي
No!
If there’s a need it should be before the burial. To remind people to stick to the Sunnah and stay away from Innovation (Bid’ah). So that this doesn’t turn into a sermons and lectures, rather its just a short admonishment. But after the burial, then No.
Audio: http://www.hawashi.net/alsuhaimi/0945.mp3
Published by أم حذيفة حياة لأندلسية en 19:43 No comments:

Email ThisBlogThis!Share to TwitterShare to FacebookShare to Pinterest
Etiquetas: Bida'ah (Innovation into the religion), fiqh, funerals, Sheikh Saalih As-Suhaymee
“I saw during my night journey some men whose lips were being clipped with clippers of fire. I said, ‘Who are these people, Jibreel?’ He replied, ‘These are the people from your followers who gave sermons commanding the people with righteousness, yet forgetting to practice it themselves.”
Published by أم حذيفة حياة لأندلسية en 19:02 No comments:

The Worst People of this Nation 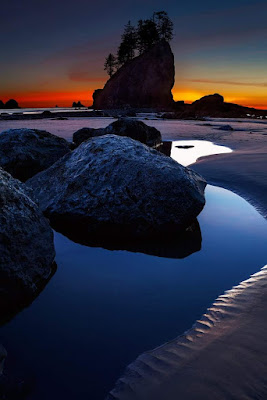 The Worst People of this Nation

Scholarly comments for this subject:

” Those who speak a lot ” refers to the people who constantly talk about things of no importance in Islam.[1]
” Those who are diffuse in speech ” This applies to the person who  constantly chatters and  idly gossips without prudence. [2]
” Those who fill their mouth with words…” This refers to a person who talks at great length. [3]
worst_people

” The best of my community are the best of them in character.” This was mentioned with those who speak a lot, because the one who perfects his character weighs his speech and actions. He rarely speaks about things that don’t concern him. He protects himself from talking too much, gossiping, and talking at great length. The only people described  with these traits are those with bad character, those who are arrogant, and those who make themselves look good at the expense of making others look bad.[4]

Email ThisBlogThis!Share to TwitterShare to FacebookShare to Pinterest
Etiquetas: Ahadeeth

Shaykh Ibn ‘Uthaymeen (may Allah have mercy upon him) said,
“…Know that when you deal and interact with your wife then it is mandatory that you think of a [scenario] where a man is the husband of your daughter. How does he treat her? Would you be pleased for him to treat her with harshness and sternness? The answer is no. Therefore, do not be content with treating the daughter of another person in a fashion that you would not be pleased for your daughter to be treated. This principle should be known by all people.”
[Ash-Sharh Al-Mumti’ (vol. 12, p. 381), Translated by Hassan Somali]
Published by أم حذيفة حياة لأندلسية en 21:52 No comments:

How can the believer be content to live in the land of the kuffaar...? 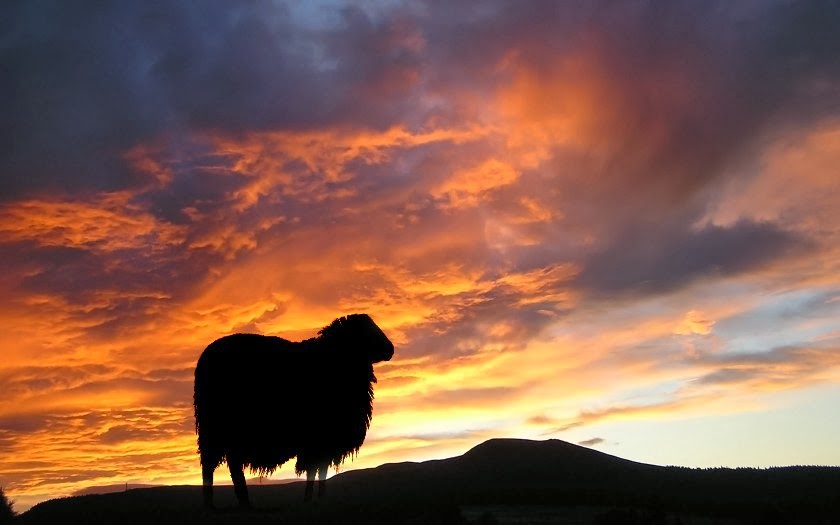 The time-frame for slaughtering is four days:

- The first day after the Eid prayer.
- Which continues for three days after it, till sunset on the 13th (of Dhul-Hijjah).
- It is permissible to slaughter in the day as well as the night.


2. In the first 10 days of the month of Dhul-Hijjah, it is not permissible for the one who wants to make the sacrificial offering to:

- Cut his hair.
- Shorten his nails.
- Remove the (dead) skin.
- As for the family of this sacrificer, then it is permissible for them to cut their hair, shorten their nails and remove the skin.

3. The age of the sacrificial animal:

4. The defects that would prevent the sacrificial animal from being valid and acceptable:

- Clear defectiveness of the eyes (blind in either one of its eyes or any other clear defect of the eyes).
- The sick animal which shows sign of severe illness.
- A crippled/lame animal.
- Emaciation animal that has no marrow (in its bones) and that which causes brain loss due to its slimness and weakness.
- Any defects which are similar to this or severe than this come under this prohibition.

5. The person who is authorized to slaughter on behalf of the sacrificer can:

6. Some people believe that if the one who intends to offer the sacrifice were to cut his hair or shorten his nails or remove the skin during these 10 days of Dhul-Hijjah, then his sacrifice will not be accepted.

This belief is incorrect.

7. It is forbiddn to sell something from the sacrificial animal: 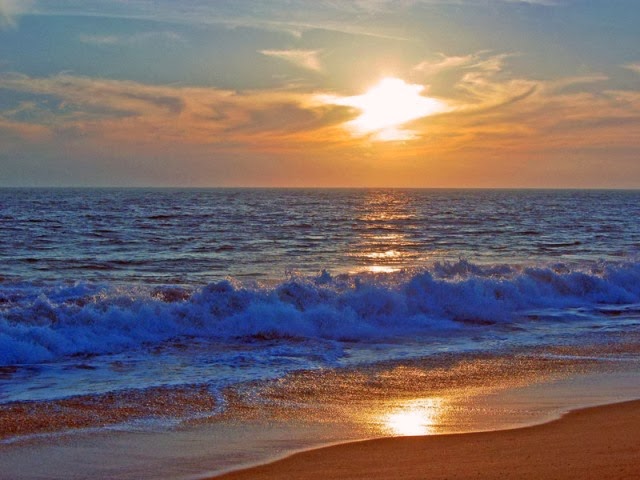 Jesus always expressed his subordination to his God and Creator.

Did Nothing On His Own Authority:

[Matthew 20:23] “ but to sit on My right hand and on My left is not Mine to give, but it is for those for whom it is prepared by My Father.”


Spoke Not On His Own Authority:

[John 8:28] “So Jesus said, “When you have lifted up the Son of Man, then you will know that I am the one I claim to be and that I do nothing on my own but speak just what the Father has taught me.”

Said That The Father Is Greater Than Him:

[Matthew 4:1] “Then Jesus was led by the Spirit into the desert to be tempted by the devil.”


But God can not be tempted:

[James 1:13] “When tempted, no one should say, “God is tempting me.” For God cannot be tempted by evil, nor does he tempt anyone”

He Denied Knowledge Of The Unseen:

[Mark 13:32]“No-one knows about that day or hour, not even the angels in heaven, nor the Son, but only the Father.”

[Luke 2:21] “On the eighth day, when it was time to circumcise him, he was named Jesus, the name the angel had given him before he had been conceived.”


Was Subject To Change:

But God is Immutable.

Therefore you are not consumed, O sons of Jacob.

Did Not Accept To Be Called Good And Referred To God:

[Mark 14:32] “They went to a place called Gethsemane, and Jesus said to his disciples, “Sit here while I pray.”"

[Luke 5:16] “But Jesus often withdrew to lonely places and prayed.”

[Mark 14:35] “Going a little farther, he (jesus) fell to the ground and prayed that if possible the hour might pass from him.”


Ordered Everyone To Worship The One True Almighty God Alone:

[Deuteronomy 6:13] “Fear the LORD your God, serve him only and take your oaths in his name.”


Referred To Himself As A Prophet:

[Luke 13:33-34] “In any case, I must keep going today and tomorrow and the next day—for surely no prophet can die outside Jerusalem! “O Jerusalem, Jerusalem, you who kill the prophets and stone those sent to you.”

Others Also Called Him A Prophet:

[Luke 7:16] “They were all filled with awe and praised God. “A great prophet has appeared among us,” they said.”

[John 6:14] “After the people saw the miraculous sign that Jesus did, they began to say, “Surely this is the Prophet who is to come into the world.”"


Refered To As A Servant Of God:

[Acts 3:13] “The God of Abraham, Isaac and Jacob, the God of our fathers, has glorified His servant Jesus, the one whom you delivered”

[Acts 4:27] “For truly in this city there were gathered together against Your holy (A)servant Jesus.”

[John 17:3] “This is eternal life, that they may know You, the only true God, and Jesus Christ whom You have sent.”


He Made A Distinction Between Himself And The Father:

[Matthew 23:9] “Do not call anyone on earth your father; for One is your Father, He who is in heaven.”

[John 12:26-28] “Whoever serves me must follow me; and where I am, my servant also will be. My Father will honor the one who serves me. “Now my heart is troubled, and what shall I say? ‘Father, save me from this hour’? No, it was for this very reason I came to this hour. Father, glorify your name!”"


Refered To Himself Frequently As Son Of Man

[Matthew 8:20] “Jesus said to him, “The foxes have holes and the birds of the air have nests, but the Son of Man has no-where to lay His head.”"

[Matthew 17:9] “As they were coming down from the mountain, Jesus commanded them, saying, “Tell the vision to no one until the Son of Man has risen from the dead.”"


He Is Also Described As ‘A Man Approved By God’

[Acts 2:22] “Men of Israel, listen to this: Jesus of Nazareth was a man approved by God to you by miracles, wonders and signs, which God did among you through him, as you yourselves know.”

(This text has been translated to spanish, you can read it clicking here)
Published by Ummu Abderahman Yasmina al Andalussia en 11:39 No comments:

Email ThisBlogThis!Share to TwitterShare to FacebookShare to Pinterest
Etiquetas: Ahl al Kitab ( The People of the Book), dawah

Imam Ibn Rajab al-Hanbali: “The sign of knowledge that does not benefit is pride, arrogance, and conceit. Such a person seeks high position and ranking in this world and competes for it. He debates with the scholars with the aim of defeating them, and argues with the foolish with the aim of directing their attention towards him. It is reported from the Prophet, peace and blessing be upon him, that whoever seeks knowledge for this purpose,"for him is the Fire, the Fire!" [ibn Majah No:254, ibn Hibban No:290, on the authority of Jabir. Albani, Sahih al-Jami’ No:7370 amongst others…]

Greatest type of punishment
Shaikh Uthaymeen, may Allaah have mercy on him, said,
“Many people think that being punished [for one’s sins] is only in those things that are external, like the body, wealth and children, but the reality is that the punishment of the sickness of the heart and its corruption is more severe and greater than the punishment through those things.”