A child leading the elder in prayer

A child leading the elder in prayer

What is the ruling of the child leading the one who is mature/of age in prayer?

It is correct, that the leading of the child for the one who is mature/of age is correct in the obligatory prayer as well as the optional, and it is a narration which has come from (Imaam) Ahmad – many of the companions (of the madhab) chose this (opinion). 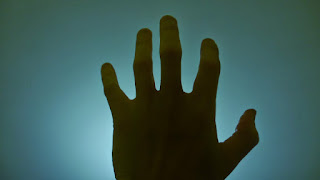 What is the ruling if i see someone

committing a sin and i do not advise him

What is the ruling if I see someone committing a sin and I do not advise him under the pretense that he already knows the ruling?

Man commits sins while he knows, but this is from the ignorance of man. Certainly ignorance is that which overcomes his heart the moment he practices or does actions of disobedience; then he forgets the punishment and threat of Allaah.

Allaah the most High says,

“The repentance accepted by Allah is only for those who do wrong in ignorance”(4:17)

He described them with ignorance even if they were people who possessed knowledge. But the moment they began practicing evil and fell into it; the ignorance over took their hearts, and man (then) forgets about the greatness of Allaah and the completeness of His knowledge; Allaah’s acquaintance of him, and that Allaah sees him and knows his secrets. This one becomes neglectful of all of these affairs. So there is a must to give him advice, and warn him regarding the anger of Allaah; so that you establish that which is obligatory upon you in calling to Allaah.

“if one of you sees an evil then let him change with hand, and if he is not able then with his tongue, and if able to; then in his heart that is the weakest of faith”

Iblis said to Nooh : ‘There are five things that cause people to become destroyed’ 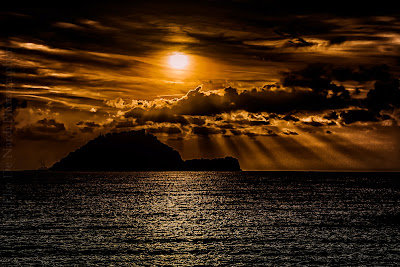 Iblis said to Nooh : ‘There are

five things that cause people to

While on the Ark, [Prophet] Nooh (‘alayhis-salam) noticed an old man whom he did not recognise. Nooh inquired: ‘What brought you here?’ He replied: ‘I came to strike the hearts of your followers, so their hearts become with me, while their bodies with you.’ Nooh responded: ‘Leave O enemy of Allah.’

Iblis said: ‘There are five things that cause people to become destroyed (deviated). I will inform you of three and not of the other two’. It was revealed to Nooh that he needed not know the three, but that he should enquire about the two.”

Iblis said: ‘The two that are certain to work are: envy: I was cursed because of my envy, and became a stoned devil. And the second is eagerness (to have more) : The entire paradise was made permissible to Adam (‘alayhis-salam) . I got what I wanted from him because of his eagerness.’

Email ThisBlogThis!Share to TwitterShare to FacebookShare to Pinterest
Etiquetas: Ibn al Jawzee, Jinns and Shaytaan, Prophets, Sayings of the Salaf

Shaikh Fawzaan: Those Who Keep an Attachment With The Scholars Are Not Affected by Astray Ideologies! 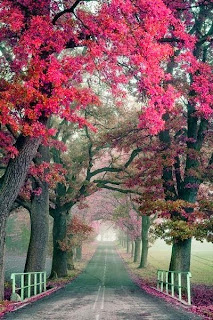 Shaikh Fawzaan: Those Who Keep an

Attachment With The Scholars

Are Not Affected by Astray Ideologies!


In highlighting the reason why some of the youth diverge away from the correct methodology, Shaikh Saalih Al-Fawzaan (hafidhahullaah) explains how detaching from the scholars and from their guidance whilst allowing oneself instead to be influenced by deviant ideologies is the cause of divergence from the truth:


“These youth who have diverged away from the Salafi manhaj (methodology) in da’wah – did so because they were affected by these ideologies which came in from outside. As for the callers and the youth who remained keeping a link/attachment with their scholars; then they were not affected by such incoming ideologies. So these people – and all praise is for Allaah – are upon steadfastness – just as their pious predecessors were.

Therefore the grounds for this division returns back to the da’wah based ideologies and methodologies conducted by suspicious and doubtful people – or people who are astray and desire the termination of this blessing in which we live within this country. This being by way of: peace and stability and ruling by way of the Sharee’ah and the abundant good of this country – that is not to be found in any other country. They desire to make divisions between us; and to draw our youth away and to remove the trust from our scholars – and thus at that time there will occur – and Allaah’s refuge is sought – that which would not have a praiseworthy outcome…”


“I say: no one violates the honour of the upright scholars who are upon the truth except one of three types of people:


1. Either a hypocrite – whose hypocrisy is known.

2. Either a faasiq (evil-doer) who hates the scholars because they prohibit him from evil-doing.

3. Or either an astray hizbee who hates the scholars because they do not agree with him over his hizbiyyah (partisanship) and with his astray ideologies.”

Medicine & Pharmaceutical Symbols: The symbols of paganism spread among the people 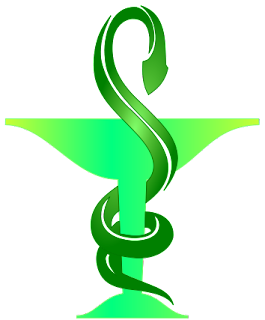 The symbols of paganism spread among the people

The snake and snake venoms have stimulated the mind and imagination of humankind since the beginning of records about society. No animal has been more worshipped yet more cast out, more loved yet more despised than the snake. The essence of the fascination with fear of the snake lies within the creature’s venom. Snakes have been used for worship, magic potions and, medicine, and they have been the symbol of love, health, disease, medicine, pharmacy, immortality, death and even wisdom. In the Sumer civilization (B.C. 2350-2150), designs with 2 snakes appeared. In Greek mythology (B.C. 2000-400), statues of Asclepius (“god” of Medicine), with “Caduceus”, and his daughter Hygeia (“goddess” of Health), holding a snake and bowl, were created as symbols for medicine and health, respectively. A kind of Caduceus (1 snake and 1 staff) has been used as a symbol by the World Health Organization (WHO) and a snake and bowl as a symbol of pharmacies in Europe. Snakes have also been worshipped by the Hindus. In ancient Egypt, snake designs were used in hieroglyphs. In China, dried bodies of about 30 species of snakes are still using as Chinese medicines.

These symbols and its variants are largely found in the Pharmacies and medical places like hospitals and clinics: 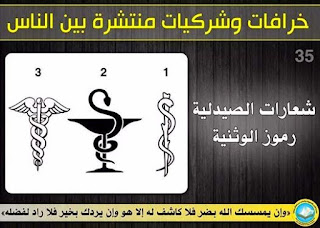 1. The serpent of Epidaurus on the staff of Aesculapius (Asclepius):
Aesculapius was one of the Greek “gods” of medicine and is often depicted holding a staff with a snake coiled around it. The snake has represented wisdom, immortality and healing in a lot of cultures long before its association to ancient Greece.


2. The bowl of Hygeia with the serpent of Epidaurus:
This is a variation of the previous symbol. Hygeia was Aesculapius’s daughter and a “goddess” of health (“Hygiene”). Hygeia was often pictured holding a cup with a snake coiled about her body or arm.


3. The Caduceus
The two snakes on a staff has been adopted in the West as a symbol of medicine (not pharmacy) since the 19th century and has likely stemmed from the other two, older symbols. The staff is depicted with wings and is that of Mercury (Roman) or Hermes (Greek), the messenger of the “gods”.

Rather, “You (O Allaah!) are the Great Curer. There is no cure except through You. Cure (him/her), a cure that leaves no disease.” [Saheeh al-Bukhaaree and Saheeh Muslim]

Fifth: The Muslim doctor, pharmacist, and other than them should remove and abstain from placing all (types of) medical symbols and stuff - which have the potential of corrupting the `Aqeedah or have links to the pagan philosophy – either on the (glass) walls, signboards, (prescription) papers, stamps, means of transports (ambulance). Included in this is also the “Red Cross” which is similar to the Christian symbol of the cross and it is from the worst form of Kufr and the detestable form of Shrik (associating partners with Allaah). Allaah تعالى said:

{Surely, disbelievers are those who said: “Allaah is the third of the three (in a Trinity).” But there is no ilaah (god) (none who has the right to be worshipped) but One Ilaah (God -Allaah).} [Surah al-Maaidah (5): 73]

This also includes the symbol on the pharmacies of the snake coiled around a cup, because in the religion of the Greek and Romans, the snake represents the “god” of medicine which bestows health and wellbeing. Similarly, all the symbols which opposes Tawheed and Sincerity towards Allaah and corrupts the Muslim `Aqeedah (Creed) should be shunned.”

Also know that from that which causes deficiency in Tawheed is extreme reliance upon the means, such as the doctor, the medicine and other things, while not placing ultimate reliance upon Allaah. What is correct according to the Islaamic-legislation is that effort should be made to use the means, like seeking cures and sustenance, but the heart should be reliant upon Allaah and not the means.

[*Shaikh Muhammad `Alee Farkoos is a senior Salafi scholar from Algeria and has been praised by Shaikh Ahmad Bazmool: http://www.youtube.com/watch?v=QAsjoCZZkBA
Shaikh Ahmad Bazmool said: No one speaks ill of Shaikh Farkoos except an innovator. ]