To envy is to desire the removal of Allah’s Blessings from their owner. This is the first level of envy. The second level is to hope misfortune follows the servant (as a shadow would follow its object). On this level the envious one wishes that the object of their envy remains ignorant, poor, weak, and hopes that their heart is separated from Allah. They wish the religion of the one they envy remains deficient. In truth, this envious person hates what Allah Decrees and Grants to His servants.”

Using the Qur’aan as a shifaa’ (cure)

Using the Qur’aan as a shifaa’ (cure)

Question: The first question is from Sister Mujahida from New York, she says: My aunt has a daughter who is about 5 and can barely speak and recently started walking. The doctors said there isn’t anything physically wrong with her and she is just slow. Some claim that she has ‘ayn (عين – evil eye) on her and someone suggested that she read Surah Ikhlaas X number of times and she will start walking and talking. My aunt did this for a while and my cousin started to walk. However, I was trying to explain it to her if it was practised by the Sahaabah, but she says, “It is a surah from the Qur’aan and Allaah سبحانه و تعالى says it’s a book that cures, then what’s wrong with me reading it?” The questions are:

i. How do I explain this issue to her?

ii. Is there any ruqyah from Qur’aan and Sunnah that I can give her and tell her to do on her daughter?

Answer: About the question, as I understand it this lady is reading suratul-Ikhlaas and she said inshaa’ Allaah in suratul-Ikhlaas there is a cure. We should know that Allaah سبحانه و تعالى says in the Qur’aan:

{And We send down of the Qur’ân that which is a healing and a mercy to those who believe (in Islâmic Monotheism and act on it), and it increases the Zâlimûn (polytheists and wrong-doers) nothing but loss.} [Al-Israa 17:82]

This cure includes the cure from doubts, cure from physical illness and also from the illness of the soul i.e. shak an-nafsiyyah (شك النفسية – doubting of the soul). So the Qur’aan is a shifaa’ (شفاء – cure). We know this, and we know that there are special surahs that the Messenger of Allaah صلى الله عليه و سلم has guided us to, and some aayaat, and we know the Qur’aan as a whole is ash-shifaa’ (The Cure). When you read Qur’aan Inshaa’ Allaah with the intention ofshifaa’, and knowledge (understanding), it is shifaa’.

There are special surahs and aayaat like al-Faatihah, and the beginning aayaat of surah al-Baqarah, and ayatul-Kursi, and suratul-Ikhlaas, suratul-Kaafiroon, the muwaddataan (Surah al-Falaq and an-Naas). There are verses which Prophet Muhammad صلى الله عليه و سلم tells us that if you read them on a sick then Inshaa’ Allaah they will be cured. There is also a saying of Prophet Muhammad صلى الله عليه و سلم that I think she can find it in the Sunnah book (Hisnul Muslim) and if she asks her Imaam, he will guide her to it like:

Place your hand at the site of the pain and say: Bismillah ‘In the name of Allaah’ (three times) Then supplicate seven times:

‘I take refuge in Allaah and within His Omnipotence from the evil that I feel and am wary of.’[6]

Also from the Sunnah of Prophet صلى الله عليه و سلم is to recite:

So the Qur’aan is shifaa’ and there are special surahs that we can say on the sick person, and he can read them himself. However, specifying a special surah or special aayaat that the Prophet صلى الله عليه و سلم did not mention, is wrong. There is nothing that specifies this and specifying a number of times to read this surah also does not come from Prophet Muhammad صلى الله عليه و سلم, and the Sahaabah رضي الله عنهم did not do this, so we should follow the way of using the ruqyah shar’iyyah (الشرعية الرقية – permissible incantation). He should not be very harsh regarding this. She is reading Qur’aan and surah al-Ikhlaas has special meanings in it, so I think it is okay to read the Qur’aan but not specific (parts); it is better to read the whole of surah al-Faatihah, Ayatul-Kursi, suratul-Baqarah Wallaahu A’lam. 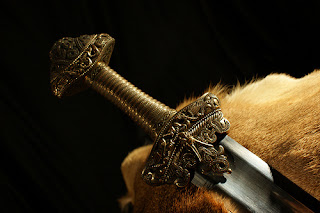 The Swords of Criticism Must be

Unsheathed Upon the People of Falsehood

As long as there is a battle between the truth and falsehood, guidance and misguidance, then it is a must that the swords of criticism -Jarh (disparagement) and Ta'deel (praise)- be unsheathed upon the people of falsehood. They are more dangerous than the people of narration (who were criticized).

[This text has been translated to spanish, to read this text in spanish click here]

Our Way With The Rulers Is One 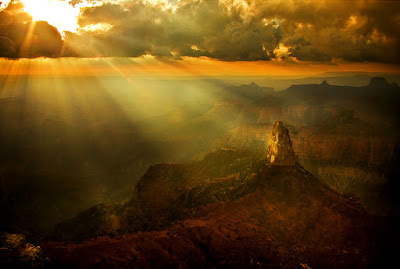 Our Way With The Rulers Is One


Our call is not a call (that calls) to calamities and turmoil and the current state of affairs testifies of this fact. We are not like those (individuals) who are with the (Muslim) rulers in their faces, wipe their feet and say to them welcome, welcome while in their (hearts) they believe this ruler to be a disbeliever. No, rather our way is one, the Book and the Sunnah. We interact with the rulers in an Islamic manner.

We asked that Allah guides them and return them to the truth with the beautiful return.

Attending the masjid and having a bad smell

Attending the masjid and having a bad smell

Question: Often, in some masaajid there is a bad smell – such as [that of] garlic, onions, [tobacco] smoke – [something indicative of some of the congregation] paying [little or] no attention to the cleanliness of their clothes, nor respecting the sanctity of the prayer and the masaajid, not to mention the other members of the congregation; so what is your advice to these people?

Response: It is obligatory upon the Muslim when setting out for the masjid, that he smells nice, and that his clothes are clean; that s because he is heading for a house from the houses of Allaah, and will be mixing with other members of the congregation. So he must not cause them any discomfort with any bad smell; [the important thing being] whatever he does to eliminate the bad smell, or at the very least reduce it – then this is what is required.

They invent faults in him...

Ibn Al-Arabi: If the people don't find a fault in someone they have jealousy and enmity for, they invent faults in him.
Published by أم حذيفة حياة لأندلسية en 15:45 No comments: