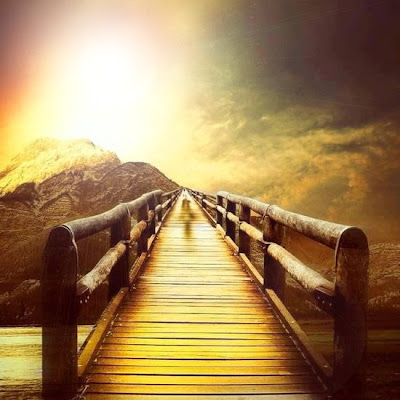 
And they used to urge (people) to (follow) what the
Messenger (swallallahu alayhi wasallam) and his
Companions, radiyallaahu anhum, were upon * due
to His saying:


“And verily, this is my Straight Path, so follow it, and
follow not (other) paths, for they will separate you
away from His Path. This He has ordained for you that
you may become Al-Muttaqoon (pious).”
al-An’aam 6:153

* And this is where the source of the salvation of
every Muslim lies: in clinging to the Sunnah upon the
way of the Companions of the Messenger (swallallahu
alayhi wasallam), in all matters. The texts supporting
and requiring this are numerous and amongst them
are:

On the authority of Aboo Naajih al-Irbaad ibn
Sariyyah, who said, “The Messenger of Allaah gave us
a sermon by which our hearts were filled with fear and
tears came to our eyes. We said, “0 Messenger of
Allaah, it is as though this is a farewell sermon, so
counsel us.” He said, “I counsel you to fear Allaah and
to give absolute obedience even if a slave becomes
your leader. Verily he among you who lives (long) will
see great controversy, so you must keep to my
Sunnah and to the Sunnah of the rightly guided
Khaleefahs, bite onto it with your molar teeth. Beware
of newly invented matters, for every invented matter is
an innovation and every innovation is a going astray,
and every going astray is in Hell-fire.” Reported by
Aboo Daawood and at-Tirmidhee, who said that it was
hasan saheeh.

The Prophet (swallallahu alayhi wasallam) said, “He
who turns away from my Sunnah is not from me.”
Reported by al-Bukhaaree and Muslim.

will enter Paradise except those who refuse.” It was
said, “Who will refuse?” He replied, “Whoever obeys
me enters Paradise and whoever disobeys me has
refused.” Reported by al-Bukhaaree.

The Prophet (swallallahu alayhi wasallam) said,
“Indeed this Ummah will split into seventy three sects
and all of them are in the Fire except for one, and that
is the Jamaa’ah.” Reported by Ibn Abee ‘Aasim in Al-
Kitaab was-Sunnah (1/33), al-Albaanee said, ‘Hadeeth
Saheeh.’

The Prophet (swallallahu alayhi wasallam) also said,
“And this Ummah will split into seven three sects,
seventy-two will be in the Fire and one in Paradise and
that is the Jamaa’ah.” Reported by Aboo Daawood in
his Sunan in the ‘Book of Sunnah’ (no. 4597).

Aboo Umaamah reports that the Prophet (swallallahu
alayhi wasallam) “My Ummah will split up into
seventy-three sects, seventy-two in the Fire and one in
Paradise.” We said, ‘Describe them to us.’ He said,
“As-Suwaad al-A‘dham (the Main Body).” Reported by
al-Laalikaa’ee in Sharh Usoolil-I’tiqaad and Ibn Abee
‘Aasim in as-Sunnah.

The Main Body here does not refer to the great
majority of people in every age and era. Rather this is
specific for the era of the Companions and the
Taabi’een. And furthermore, that person is from the
Jamaa’ah who agrees and conforms to the truth.

‘Abdullaah Ibn Mas’ood (d. 32H) said, ‘The Jamaa’ah
is whatever (agrees) with the Truth. Even if you are
alone.’ Reported by Ibn Asaakir in Taareekh-Dimashq
with a saheeh isnaad.


Ishaaq ibn Raahawaih (d. 238H), the teacher of Imaam
al-Bukhaaree, said, ‘If you were to ask the ignorant
people about the Main Body they would say, ‘The
majority of people.’ They do not know that al-
Jamaa’ah is the Scholar who clings to the narrations
from the Prophet (swallallahu alayhi wasallam) and
his way. So whoever is with him (the scholar) and
follows him, then he is al-Jamaa’ah.’ Reported by
Aboo Nu’aym in Hilyatul-Awliyaah.

In the era of the Companions and their Followers, the
Taabi’een, the Main Body in that time were upon the
Truth. This was due to the fact that people were in
nearness to the time of the Messenger (swallallahu
alayhi wasallam) and the Messenger (swallallahu
alayhi wasallam) attested to the credibility of the best
of generations.

As for those who came after them then the fact that
they are many is not to be considered due to the
generality of the texts which give evidence that evil will
increase and spread amongst the people, the Ummah
will split into seventy-three sects and that Islaam will
return as something strange.

Imaam az-Zuhree (d. 125H) said, ‘The people of
knowledge who came before us used to say, ‘Salvation
lies in clinging to the Sunnah.’ Reported by ad-
Daarimee (no.96).

Imaam Maalik (d. 179H) said, ‘The Sunnah is like the
Ark of Noah. Whoever embarks upon it reaches
salvation and whoever refuses is drowned.’ Quoted by
Shaykh ul-Islaam Ibn Taymiyyah in Majmoo’ ul
Fataawaa (4/57).

Abul-Aaliyah (d. 90H) said, ‘You must stick to the
original state of affairs which they were upon, before
they are divided.’

‘Abdullaah ibn Mas’ood (d. 32H) said, ‘Moderation
upon the Sunnah is better than exertion in
innovation.’

Al-Awzaa’ee (d. 158H) said, ‘Have patience upon the
Sunnah, and stop where the people stopped (the
Companions) and speak with what they spoke with
and hold back from what they held back and travel
upon the path of the Salaf us-Saalih, for verily, what
sufficed them will suffice you.

Sufyaan ath-Thawree (d. 161H) said, ‘No word or
action will be correct until it conforms with the
Sunnah.’

Taken from the book, The Life Of Imaam Of Hadeeth al-Bukhari and Of The Great Scholars From Whom He Narrated

To read this article in spanish click here
Published by Ybose en 18:15 No comments:

Email ThisBlogThis!Share to TwitterShare to FacebookShare to Pinterest
Etiquetas: Bida'ah (Innovation into the religion), Salaf, Sayings of the Salaf, Sunnah

Declaring to be a disbeliever...

Question 6: In relation to some of the Muslim countries; that allows many bars, evil actions, and fornication. Is that be counted as one the open acts of disbelief, which, it is permissible to revolt against them?
Answer: There is a difference between the one, who believes, what Allah has made Haraam is lawful and between the one, who does what Allah made unlawful while not deeming it permissible.
Like the one, who drinks intoxicants while he believes that it is not permissible or the one who consumes Riba while he believes that it is not permissible. This person is not the one, who committed an act of disbelief that take him out of Islam. He is a Faasiq (i.e. Open sinner) who is deficient in Eemaan. If a legal punishment is due to him, then the punishment is due to him for stealing, or for drinking; however, he is not declared a heretic, because he did not deem this matter to be permissible.
As for the one, who deemed permissible these things; then indeed, he is a disbeliever. Because whoever deemed something to be permissible while its impermissibility is agreed upon them, indeed He is a disbeliever, even if he did not do it so what is the case if he did.
Shaykh Saleh bin Fawzan bin Abdillah al-Fawzan hafidahu Allah.
From the Book: Declaring a Muslim to be an Apostate, and its guidelines. Pg. 37-38.
Published by أم حذيفة حياة لأندلسية en 21:43 No comments:

Email ThisBlogThis!Share to TwitterShare to FacebookShare to Pinterest
Etiquetas: Ahadeeth, Day of Judgement, Imam ibn Katheer, Matters of the Ummah

Trials of the Heart 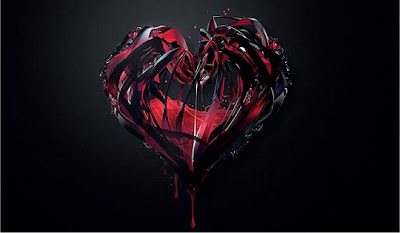 Trials of the Heart


Ibn al-Qayyirn said, whilst commenting upon the following hadîth: “Trials and tribulations will be presented to hearts, as a reed mat is interwoven stick by stick. Any heart which absorbs these trials will have a black mark put in it. However, any heart that rejects them will have a white mark put in it. The result is that hearts will be of two kinds: one white like a white stone, which will not be harmed by trials as long as the heavens and earth endure; and the other dark and rusty, like an over-turned vessel; not able to recognise the good, nor reject evil, but rather being absorbed with its desires.” [7]

“The fitan (trials) which are presented to the hearts – and which are the cause of its weakness – are: [i] the trials relating to shahwah (false desire) and [ii] the trials relating to shubhah (doubt) … So the first causes intentions and desires to be corrupted, whilst the second causes knowledge and beliefs to be corrupted.” [8] Speaking about such trials, he - rahimahullâh - said: “Hearts – when exposed to such fitan (trials) – are of two types: [The first type]: a heart, which, when exposed to such trials, absorbs it like a sponge that soaks-up water, leaving in it a black stain. Such a heart continues to soak-up the various trials that are presented to it, until it becomes dark and corrupted – which is what is meant by “an over-turned vessel”, so when this occurs, two dangerous and deadly diseases take hold of it and plunge it into destruction:

Firstly: confusing good with evil, so it neither recognises the good, nor rejects the evil. This disease may take hold of it to such an extent that it believes good to be evil; and evil to be good, Sunnah to be bid’ah (innovation); and innovations to be the Sunnah, and the truth to be falsehood; and falsehood the truth.

[The second type]: a white heart in which the light of îmân is bright and its radiance is illuminating. So when trials are presented to such a heart, it rejects and turns away from them. This further increases its light and illumination and its strength.” [9]


Al-Fawâ’id: Points of Benefit
By the Imâm – the Shaykh of Islâm – Ibn al-Qayyim al-Jawziyyah

To read this article in spanish click here
Published by Ybose en 19:24 No comments:

Email ThisBlogThis!Share to TwitterShare to FacebookShare to Pinterest
Etiquetas: Ibn al Qayyim al Jawziya, Sayings of the Scholars, The Heart and it slavement

Characteristics of the scholars 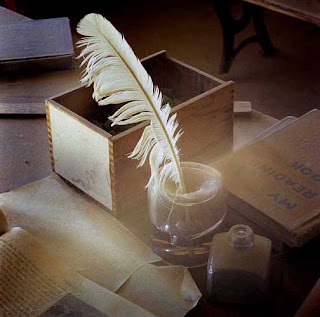 Characteristics of the scholars

Q: Many students of religious knowledge know a lot of the supererogatory acts and their reward, such as Qiyam-ul-Layl (optional Prayer at night), but they do not observe them. They know but do not practice what they know.

A: The good deeds that the texts support their merits are of two kinds:

Wajib (obligatory): Muslims, whether scholars or not, have to pay attention to this kind of act and fear Allah in this regard; they have to keep on performing them like the five obligatory prayers, Zakah (obligatory charity), and other obligations.

Mustahab (desirable) such as Qiyam-ul-Layl, Salat-ul-Duha (supererogatory Prayer after sunrise) and the like.

It is prescribed for the Mu'min (believer), particularly the scholars, to keenly observe these acts, for they set an example. If one sometimes quits these acts, there is nothing wrong with this, for they are Nafilah (supererogatory act of worship). However, the scholars and righteous people should take care and keep on doing these acts, such as Qiyam-ul-Layl, Salat-ul-Duha and other kinds of Al-Sunan Al-Rawatib (supererogatory acts that were stressed and regularly performed by the Prophet) and other good deeds.

To read this article in spanish click here
Published by Ybose en 18:28 No comments: