Ten Things You Will Never Benefit From 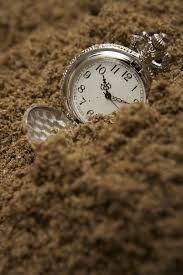 Ten Things You Will Never Benefit From

There are ten things you will never find benefit in:

The First: Knowledge which is void of action.

The Second: Actions which are void of sincerity to Allah, and void of exemplification of
the Sunnah. (Note: These two conditions constitute the act being accepted by Allah i.e.
Ikhlaas and Ittiba’a)

The Third: Wealth which is not spent in the way of Allah, so the one who exhausted all of
his energy amassing it will not benefit from it in this life, nor will he see the fruits of it in
the hereafter.

The Fourth: A heart which is void of the love of Allah and the ardent desire to meet him.

The Fifth: A body which is void of obedience to Allah.

The Sixth: A love for other than Allah which is void of any boundaries. (i.e. unconditional)

The Seventh: Time which is void of benefit and the individual does not take advantage of
it to do actions which would bring him closer to Allah.
The Eighth: A thought which goes through the individuals mind and will bring him no
benefit.

The Ninth: Doing a favour for someone who, that favour will not bring him closer to Allah
nor will it benefit him in the affairs of his livelihood.

The Tenth: Fear and hope of someone whose forelock is in the hands of Allah, like a
captive in the company of his master, who can bring no benefit or harm to himself or
others, nor can he give life to the dead nor does he have any power over resurrection.

The worst and most detrimental of these ten is two:

Firstly the heart, because its corruption stems from giving precedence to this transient life
over the hereafter, and time because it makes the individual feel like he will live forever
(which enables him to be even more negligent about his obligation to Allah)
The most amazing thing is when someone is presented with a situation and he turns all of
his attention towards Allah to fulfil his needs, but never takes the time to ask Allah for the
remedy he is need of to bring his heart back to life from the death of ignorance and
negligence, and the cure he is in dire need of for his disease of Shahawaat (following his
lowly desires) and Shubuhaat (doubts and misconceptions). Indeed if the heart dies, he
will never be conscious of the sins which he commits and his disobedience to Allah.

Email ThisBlogThis!Share to TwitterShare to FacebookShare to Pinterest
Etiquetas: Character, Ibn al Qayyim al Jawziya, Sayings of the Scholars, Sayings of the Salaf, The Heart and it slavement
Newer Posts Home
Subscribe to: Posts (Atom)