The Wisdom of Zakah 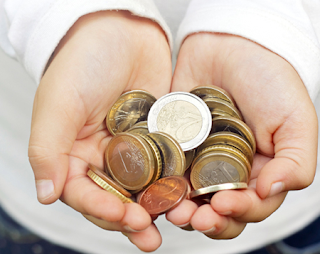 The Wisdom of Zakah

There is a great wisdom in the institution of Zakat, as it fulfills many major aims of the Shareah resulting general benefits, which becomes clear to o­ne who ponders the text of the Qur’aan and Sunnah that order for its payment; for instance, the Ayah of Soorah At-Tawbah which explains where the Zakat should be distributed, and other verses and Ahadeeth which encourage charity and spending for good causes in general. Among the aspects of this wisdom are:

“Take Sadaqah (alms) from their wealth in order to purify them and sanctify them.” [Soorah At-Tawbah 9:103]

2.To fulfil the requirements of the poor Muslims and to preserve his honour from the humiliation of asking other than Allaah.

3. Lightning the burden of the Muslim debtor by helping to pay off his debt.

4. To join disparate hearts o­n belief and Islaam, bringing them from a state of doubt, spiritual uneasiness and weak faith to firmly rooted faith and complete certainty.

5. Equipping fighters in the way of Allaah and preparing the military equipment and material for the spread of Islaam and for the defeat of disbelief and corruption and for the establishment of justice between the people until there is no more Fitnah (Shirk in its beguiling and confusing manifestations) so that religion (worship) be exclusive for Allaah alone in the whole world.

6. Helping the stranded Muslim traveller to complete his journey; he is given from the Zakat what he needs to get back home.

7. Purification of wealth and its increase and protection from ruin through the blessing incurred by the obedience of Allaah and the aggrandisement of his order and kindness to His creation.These are some of the sublime wisdom and noble purposes for which Zakat was mandated. And there are much more, no o­ne comprehends all of them except Allaah.