Question: What is the ruling regarding that which some people refer to as ‘oral sex’?

Response: Allaah has not permitted [sexual] intercourse for the man with his wife using the mouth (oral sex), never!

And none pursues this path other than the one who does not have any upright moral character, even if he is (happens to be) from amongst the Muslims; And that which is apparent is they (the Muslims) have taken this [habit] from the disbelievers through [watching] pornographic films.

So that which is obligatory upon the Muslim woman is not to allow her husband to do this.

Some Famous Readings of exposition from GREAT MUJADDITH's OF Deoband 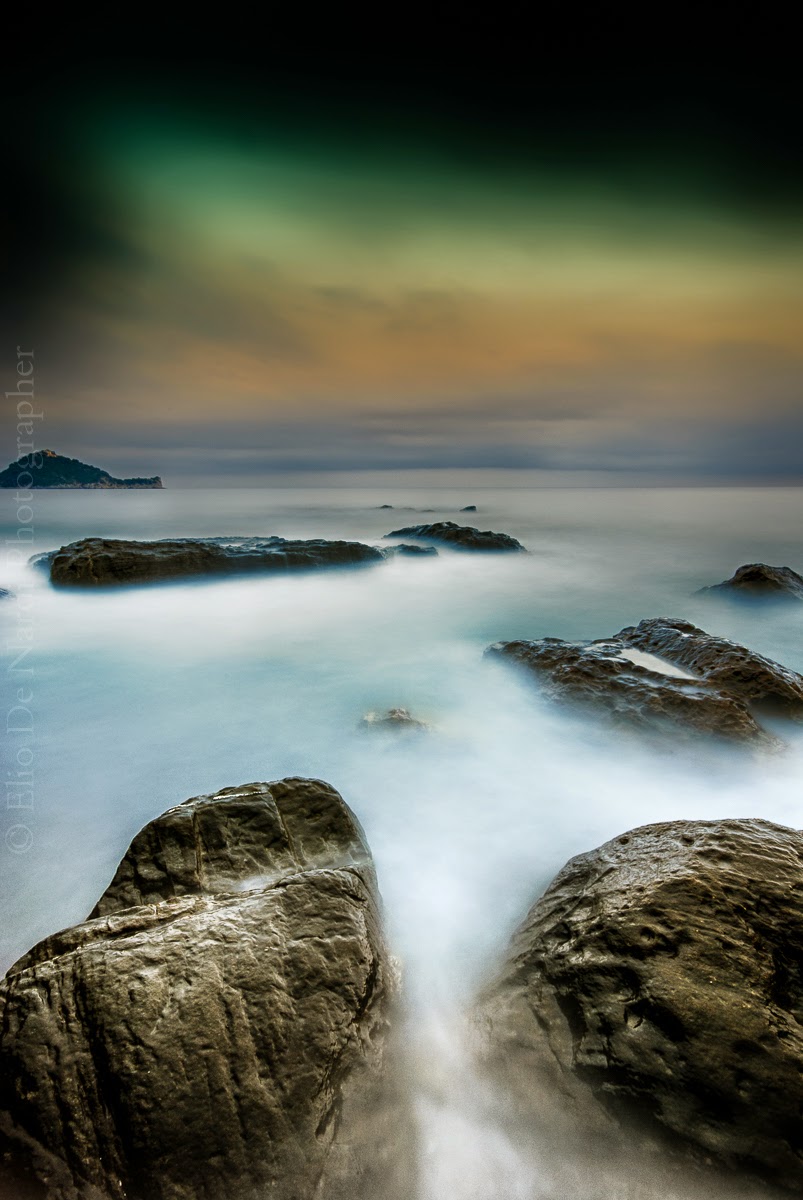 Some Famous Readings of exposition from

2. Do not read the Qur'ân with understanding, you will go astray. (Fazaael Aamal, “Maulana”  Ashraf Ali Thanwi, p. 216)

It is mentioned in Aamaal-e-Qur'aani, p. 134 by Maulana Ashraf Ali Thanwi [published by Jasim Book Depot, Urdu Bazaar, Jama Masjid, Delhi] that if a woman has excessive menstrual bleeding, the verse (Surah Al-'Imran: 3:144) should be written on three different pieces of paper, one tied on her right and the other on her left and the third piece of paper with the Qur'ânic verse to be hung below the naval. This verse of the Qur'aan, "Muhammad (sallallahu alaihe wa-sallam) is no more than a Messenger, and indeed (many) Messengers have passed away before him. If he dies or is killed, will you then turn back on your heels (as disbelievers)? And he who turns back on his heels, not the least harm will he do to Allah, and Allah will give reward to those who are grateful." [Surah Al-'Imran: 3:144]

3. Delaying prayer once will cause a person to burn in the hellfire for 20.88 million years, just because he or she failed to pray on exact time. (“Maulana”  Zakaria Kandhalwi, Fazaael Namaz, p.317)

4. Recite the whole Qur'ân in one raka’ah like saints did! [That will amount to more than 50 times of the whole Qur'ân in a single day!] (Fazaael Namaz p.64.) Saints recite 2,000 raka’ahs every day. They keep standing the full one month of Ramadhan reciting the Qur'ân twice a day! (Tableegh-I-Nisab Fazaael Aamal)

6. When Shah Waliullah was in his mother’s womb, she said a prayer. Two tiny hands (too) appeared for prayer. She was frightened. Her husband said, "You have Qutubul-Aqtab (Wali of Walis) in your womb (Hikayat-e-Awlia, p. 17 Ashraf Ali Thanwi) What a break-through!

7. Junaid Baghdadi was sitting when a dog crossed by. He merely glanced at the dog. The dog reached such glory that all dogs of the town followed him. Then he sat down and all dogs sat around him in meditation. (Ashraf Ali Thanwi. Imdad-ul- Mushtaq)

8. The holy messenger came to Shah Waliullah (in the 18 century!) and said, “Why do you worry? Your children are the same as mine.” (Ashraf Ali Thanwi, Hikayat-ul-Awlia)

9. The prophet laid the foundation of Darul-Uloom, Deoband, India (in the 19th century) He comes to check accounts of the school. He has learnt the Urdu language. (Mubasshirat-e-Darul Uloom, and Deoband Number of the Darul-Uloom)

10. Mulla Mohammad Qasim Nanotwi saw in his dream that he was sitting in the lap of Allaah. (Biography of Mulla Qasim by Mulla Mohammad Yaqoob Nanotwi)

13. Dear reader, now read what p.154 “ Islam or Maslak Parasti” says: According to the Qur'ân anything dedicated to other than Allaah in forbidden. It is our maulvi mind who declare virtuous such things as Koondas of Ja’afar Sadiq, halwa of Shabe barat in the name of Owais Qarni, haleem and sherbet of Imam Hussain and Niaz of the 11th in the name of Jeelani!

14. Risala Tazkara of Darul-uloom Deoband of 1965 claims: Anyone suffering from malaria who took dust from the grave of “Maulana” Yaqoob Nanotwi and tied this dust to his body, found instant relief.

17. Take the right arm of a goat after Friday prayers. Be completely naked. Write Sura Yasin and the name of the person you want, then put the meat in the cooking pot. That person will fall in love with you. (Monthly "Khalid" Deoband Darul Uloom)

18. If you want to kill your enemy write A to T on a piece of bread. Recite Surah "RA'AD.” Break the bread into five pieces and feed them to five dogs. Say to dogs, 'Eat the flesh of my enemy'. By the will of Allaah your enemy will have huge boils on his body. (Darul uloom Deoband "Khalid")

19. Say "Fazabooha" before you cut a melon, or any thing else (for that matter), you will find it sweet. (Aamale-Qurani, Ashraf Ali Thanwi)

20. Recite the verse "When the heaven will split.” Write it (on a piece of paper) and tie to the left thigh of any woman in labor, child birth will become easy. Cut the hair of that woman and
burn them between her thighs, childbirth will be easier still. (Aamal-e-Qurani, Ashraf Ali Thanwi)

23.The prophet laid foundation of Darul-Uloom, Deoband, India (in the 19th century). He comes to check accounts of the school. He has learnt Urdu language. (Mubasshirat-e-Darul Uloom, and Deoband Number of the Darul-Uloom)

24. When, "Maulana" Zakaria, the father of "Maulana" Yousuf Bannuri would fall sick, the prophet would come. He told the house servant, "Badshah Khan! I (the holy prophet), am also serving Zakaria. (Bayyanat 1975 Ashraf Ali Thanwi p. 7)

25. The prophet said to sister-in-law of Haaji Imdaadullaah Muhajir Makki, "Get up! I will cook meals for guests of Imdaadullaah." (Bayyanat p. 8, Ashraf Ali Thanwi)

27. The wife of Mullah Jalaaluddin Rumi thought that his sexual desire had vanished. The Mullah came to know of her suspicion in a special trance of revelation (KASHF). That night he went to
the wife and drilled her 70 times. (Please excuse the language) So much so that she asked forgiveness. (Manaqib-il-Arifain, p.70, by Shamsuddin Akhlaqi)

Now please witness how far these Mujaddith's of Deoband  can go! See what garbage Mulla Ashraf Ali Thanwi is trying to unload. The same Thanwi whom other Mullahs call “Hakeem-ul-Ummat”!

28. He writes on p.110 in “Imdaadul Mushtaq”: There was a true monotheist. People told him if  delicious food is part of the person of Allaah and feces too is a part of Him, eat both. Well, the Sheikh first became a pig and ate feces. Then he became a human being and ate food! Isn’t that height of "wisdom" of our wise of the nation!”

29. Here is another pearl of wisdom from him: There was a Pir Sadiq from Ashraf Ali Thanwi’s town. He taught his disciples “There is no God but Allah and Sadiq is His messenger.” {Astaghfirullaah} The wise of the nation Thanwi declared that teaching OK. (Imane Khalis, p.109, Hazrat Masood Uthmani)

30. The holy messenger comes to Mulla Qasim Nanotwi and other big shots of Deoband, U.P to learn Urdu. He also checks accounts of the Madrasah. (Numerous references such as Haqaiq-o-Maarif, Deoband May 1975).

31. "Maulana” Yousuf Bannuri writes: The Prophet told my father, Zakaria! When you fall sick I also fall sick. Hazrat Ali had come to conduct the marriage of my father and mother. (In the 19th century!) (Iman-e-Khalis, pp. 7 and 8, Hazrat Masooduddin Usmani, Fazil Uloom Deenia)