SHALL I INFORM YOU OF SOMETHING MORE FEARFUL THAN THE DAJJAL?

SHALL I INFORM YOU OF SOMETHING

MORE FEARFUL THAN THE DAJJAL?

Mahmud bin Labid narrated that Allaah's Messenger [may the peace and salutations of Allaah be upon him] said: “The most dreadful thing which I fear for you is minor polytheism: ar-Riyaa (showing off).'' (reported by Ahmed, by a sound chain)


Indeed mankind shows off by way of his good actions and wishes people to praise and extol him. This is in contradiction to sincerity to Allaah, this is polytheism because this action was done for the sake of people.


The meaning of polytheism: is to worship other than Allaah and this is found in showing off. So the person that is showing off is worshipping other than Allaah because he has performed an act of worship for the sake of the people. He did not do it for the sake of Allaah. Indeed Allaah has described the hypocrites to be from those who show off to the people, therefore showing off is from the characteristics of the hypocrites. Indeed the Prophet [May Allaah be pleased with them] has mentioned (showing off) to be from minor polytheism (shirk). Minor polytheism doesn’t exit one from the religion but it leads to major polytheism and it nullifies the actions that were performed and it becomes inconvenient upon the person who performed it without benefit. As for the major polytheism then it nullifies all actions that one has performed.


The believer is one that stays away from polytheism. However the problem is in minor polytheism. The believer has to be cautious from it, since (showing off in worship) is a type of polytheism that is hidden. It is in the heart and none has knowledge of what is in the heart except Allaah. The Prophet [may the peace and salutations of Allaah be upon him] feared for the best nation and they are the Companions. The Companions feared it for themselves because the number of those who are saved from (falling into) it are small - except for those that Allaah has saved.

''So woe unto those performers of Salat (prayers) (hypocrites), Who delay their Salat (prayer) from their stated fixed times, those who do good deeds only to be seen (of men), and refuse Al-Ma'un.'' [Surat Al-Mā`ūn 4-7]

Allaah has promised them al-Wayl [a valley in Hell]. Allaah said:

''So whoever hopes for the Meeting with his Lord let him work righteousness and associate none as a partner in the worship of his Lord.'' [Surat Al-Kahf 110]

This includes minor and major polytheism (and associates none as a partner in the worship of his Lord), Allaah further mentioned: “I am Independent of all the partners (ascribed to me). Whoever performs a deed while associating partners with Me, I will leave him and his Shirk.”1, Allaah doesn’t accept actions except that they are sincere seeking his face and it has to be according to the Sunnah of the Prophet [may the peace and salutations of Allaah be upon him]. 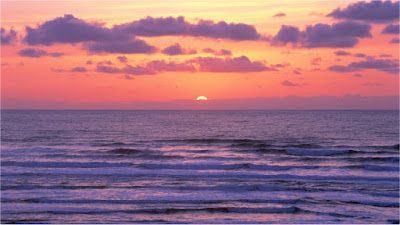 By Shaykh Rabee’ bin Haadee al-Madkhali may Allah preserve him

This is the shaykh’s explanation for the opening statement in the book entitled “Sharh as-Sunnah” by the great Imaam Abu Muhammad al-Hasan ibn ‘Alee ibn Khalaf al-Barbahaaree 329 AH.

Imaam al-Barbahaaree (may Allah have mercy on him) said:

“All praise is for Allah who guided us to Islaam and blessed us with it and placed us in the best nation, so we ask Him to grant us that we keep to that which He loves and is pleased with and avoid that which He hates and which angers Him.”

The author, may Allah have mercy on him, began his book by praising Allah for His magnificent bounties upon His slaves which cannot be enumerated.

“…and if you count the Blessings of Allah, never will you be able to count them. Verily! man is indeed an extreme wrongdoer, – a disbeliever” [Ibrahim: 34]

And the most magnificent of these blessings is the blessing of guidance to Islaam. For certainly, (this guidance) results in prosperity in the worldly life and the Hereafter. So the author, may Allah have mercy on him, praised, extolled, and thanked Allah for this tremendous blessing of Islaam.

Ibn al-Qayyim, may Allah have mercy on him, said:

“The (scholars have) mentioned the difference between ‘praise’ (hamd) and giving ‘thanks’ (shukr) and which of the two are better. In the hadith (the Prophet peace be upon him said):

‘Praise (hamd) is the head of thanks (shukr), so whomever has not praised Allah (then he has also) not thanked Him.’ [Abdur-Razzaq in “al-Musannaf” 10/424]

The difference between the two is that:

1.Giving thanks (shukr) is more general in terms of how it is performed and its ‘reasons’ (or causes for giving thanks), and it is more specific in terms of ‘content’.

And the meaning of this is that giving thanks (shukr) can be performed with: a submissive obedient heart, praising acknowledging tongue, obedient yielding limbs.

‘Specific in terms of content’ refers to (being thankful for) favors and blessings. One cannot give thanks (shukr) for the attributes of Allah, and for this reason it is not said: ‘we are thankful to Allah for His Living, Hearing, Seeing, His Knowledge’. Rather, Allah is praised (hamd) for these attributes; just as He is praised for His Perfection and Justice (so we say instead: ‘we praise Allah for His Living, Hearing…’). 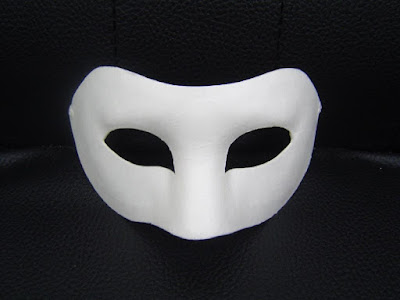 The one who expresses to the people that

he is upon Sunnah but in fact he is not

❝As for the one who expresses to the people that he is upon Sunnah and (that he is upon) Salafiyyah while in reality he is an innovator, no doubt Allaah عز وجل will indeed expose what he is hiding as long as he remains in that vile state.❞

What is the difference between “Rooh” and “Nafs”; which of the two will be punished? 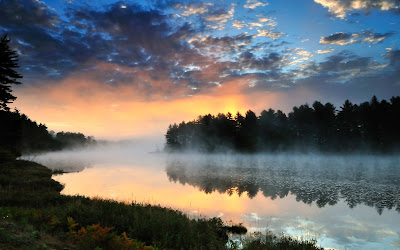 What is the difference between “Rooh” and

“Nafs”; which of the two will be punished?

Answered by Shaykh Abdul-Aziz bin Abdillah bin Baaz, may Allah have mercy on him

Question: What is the difference between “rooh” (soul/spirit) and “nafs” (soul)? And which one of them receives punishment (in the Hereafter)?
Answer: In the name of Allah, the Most Gracious, the Most Merciful, and may Peace and blessings be upon the Messenger of Allah, his family, Companions, and whoever follows his guidance. To proceed:
Rooh is nafs and nafs is rooh and the punishment is on the nafs and the body altogether, however the rooh receives a greater portion of pleasure and punishment. Thus the body receives a share of the punishment in the grave, and it goes from the body to the rooh and back, such that the punishment (or pleasure) is (perceived) throughout both of them altogether.

[To read this article in spanish click here]
Source in Arabic

Can a Person Call to Allah Even Though He Has Very Little Knowledge?

Can a Person Call to Allah Even Though He Has Very Little Knowledge?

Question: The questioner says: his knowledge is little and he hopes to be a caller to Allah but he is afraid he will make a mistake. What should he do?

Convey from me even an Ayah of the Qur’an

So if a person teaches his brother surahul-Fatiha, he becomes from the callers to Allah or if he teaches the meaning of La ila illa Allah Muhammadur-Rasul Allah he is a caller to Allah. Everyone according to his ability”.

The power of Dunya

The power of Dunya

Is worse than enslavement of the body

“How can the believer be content to live in the land of the kuffaar where the rituals of kufr are proclaimed openly and rule belongs to someone other than Allaah and His Messenger seeing that with his eyes, hearing that with his ears and approving of it, and even starting to feel that he belongs there and living there with his wife and children, and feeling as comfortable there as he does in the Muslim lands even though he & his wife & children are in such great danger and their religious commitment and morals are in such peril?”


Question: The questioner from Emirates says: sometimes we cannot differentiate between the disbelievers and Muslims in their form and appearance. So how is the greetings and Salams given to them?

Answer: “According to the ability of a person. And there is no sin if  a person gives greetings to a disbeliever mistaking him for a Muslim. And being certain is a desirable affair which is is desired from a Muslim by the Legislation in all his actions. So it is necessary he is certain such that he does not give the greeting of Islam to a disbeliever who does not want it nor wants Islam”. 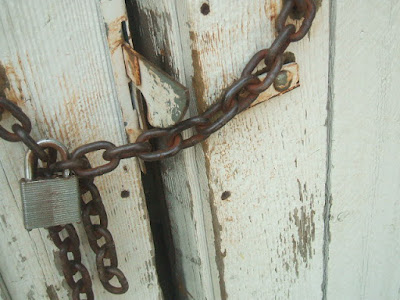 Sins are like the chains and locks preventing their perpetrator from roaming the vast gardens of tawheed and repeating the fruits of righteous actions. 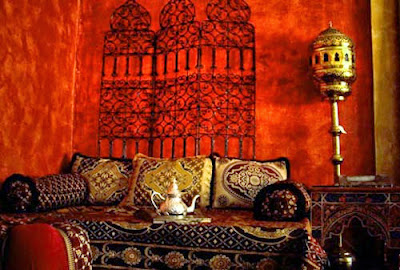 
I visited Maududi (Abul-A’laa Al-Maududi) along with some brothers during the course of his stay in Riyadh and he was in the hotel ‘bat-haa’ so we entered upon him and he was praying the ‘Asr prayer, so I began observing his prayer. So when he finished I said to him:
‘This prayer of yours needs reviewing, for you do not raise your hands, nor do you relax (be at ease) and other than that’

So he said: ‘I am Hanafee in Madhhab’.

So I said to him: ‘this is more overwhelming than the first; since it is impermissible for you to say that, and you are above such a statement. We had come to think from your writings that you are a free-thinker[1], but it has become apparent to us that you are a constricted thinker.’ Then I said to him: ‘indeed Imaam Aboo Haneefah is the one that you blindly follow; yet who are the ones that Imaam Aboo Haneefah blindly followed?’

He remained silent, and Allaah's Aid is sought.

[1] See the book; The Methodology of the Prophets in calling to Allaah by Shaikh Rabee’ bin Haadee page: 157 onwards for detail of this. [Translators note]

“…his sadness is in his parting with the worldly life.”

“…his sadness is in his parting with the worldly life.”

So preoccupation with the severity (of the illness) diverts them from the beneficial commandments, performance of good deeds or preparation for death. And how many (a person) has sins which he has not repented from, or a trust which he has not returned, or a debt, or zakaat (to pay), or a misdeed in a responsibility of his, which he has not realized; rather his sadness is in his parting with the worldly life. He has no interest other than (the sadness felt due to parting with this world), and perhaps he may regain health and command with wrong doing.

The reason for this is a weakness in eemaan, as Allaah, the Mighty and Majestic, said:

‘Therefore withdraw (O Muhammad) from him who turns away from Our Reminder (this Qur’aan) and desires nothing but the life of this world. That is what they could reach of knowledge.’
[an-Najm: 29-30]

Indeed, this is common amongst the majority of the creation, and we seek Allaah’s protection from being forsaken. Therefore, it is incumbent upon a cautious person that he is prepared when in a state of good health before a state of poor health.”