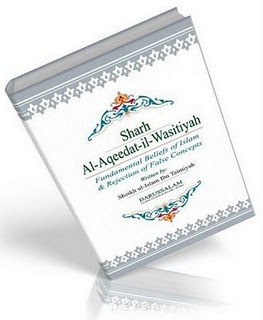 
"A Shafi'ite judge from Wasit (in Iraq) whose name is Radiy ad-Din al-Wasiti, visited me on his way to Hajj (pilgrimage). This Sheikh was a man of goodness and faith. He complained to me of the people's situation in that country (i.e., Iraq ) under the Tatars (Mongols) rule of ignorance, injustice, and loss of faith and knowledge.


He asked me to write him an 'Aqidah (creed) as a reference to him and his family. But I declined saying: Many creeds have been written. Refer to the scholars of the Sunnah. However, he persisted in his request, saying: I do not want any creed but one you write. So I wrote this one for him while I was sitting one afternoon.


Many copies of it are dispersed throughout Egypt, Iraq and other provinces.'


Source: Extracted from a longer note in http://salafipublications.com/sps/sp.cfm?subsecID=AQD04&articleID=AQD040003&articlePages=2
Published by Ybose en 18:22 No comments:

ASPIRING TO MARRY A STUDENT OF KNOWLEDGE

ASPIRING TO MARRY A STUDENT OF KNOWLEDGE
source: silsilat ul-hudaa wa nnoor, tape no. 345/7
asaheeha translations
Question: “Is it allowed for a woman to make a condition that the one proposing to her must be a student of knowledge?”

Email ThisBlogThis!Share to TwitterShare to FacebookShare to Pinterest
Etiquetas: Marriage

Fasting on the first nine days of Dhul-Hijjah 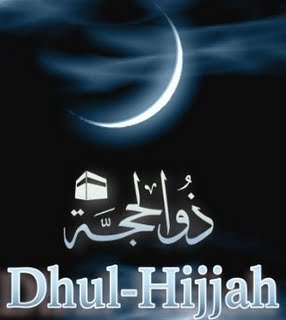 Published by Ybose en 16:23 No comments:

Will of Muslim (PDF Format)

Will of Muslim (PDF Format)
Spread the world!

Email ThisBlogThis!Share to TwitterShare to FacebookShare to Pinterest
Etiquetas: Death

At age of 0-7- you play with them. You teach them Islam but make the learning easy and dont be harsh with them.

7-14- this is the age where you discipline and tell them to memorise Qur'an and ahadith. They know how to honor and respect and sit in a dars.

14-21- the parent should be his childrens companion and you make
consultation with them over issues, you ask their opinion. The parent can leave his children at home by himself if the parent has to go out because his old enough now.

Some parents let their children play between the ages of 0-14, which is wrong.

Shaykh Abdul Wahab was the imaam of the masjid and memorised the whole quran and got married at the age of 12.
Signs of adulthood are 3:

Hair growing on private parts.
Wet dreams so they could have sexual intercourse.
Menses (for women).


Whichever 1 of these come, then they are adults.

Abu bakr sijistanee compiled his first book at 11 regarding the biography of a great imaam and his father was pleased with that.


Now children are too busy with games.


When Abu Dawud was 8 yrs old, he witnessed the funeral of imaam isaac ibn rahawai who died in the second century after hijrah. But now people dont take their children to the janazah.


If the youth go off the rails its because of bad companionship or weak parenting or both.


Imaam Ahmed would read the musnad of his, which had the collection of 40,000 ahadith to his children for 12 years.


Tell your children to study the deen first and then they can do their homework afterwards because the deen is the priority. Read and memorise the deen every day.

We should attach our hearts to the ulama and we should see them and take our children to see them, before they pass away.


Make your children tulaab and take them to the masjid and keep them from bad company. When they go the masjid, tell them to always take their notepads even if theres no dars on, just in case they hear a benefit. You shouldnt just leave them on the streets or schools, rather you give them tarbiyyah of the sunnah and the staying away from bidah. You shouldnt always keep them inside the home.

Some parents tell their children not to call them mum or dad but by their names, this is not correct.


Sometimes children at 8 are screaming and shouting at home, like babies. This is not correct.


Make your children close to you, not distant and put a desire of ilm in them.


Below is a bit of extra info by Abu Talha Dawud Burbank:


"Strictness with a child at an early age will bring about increase in his intellect in later life."


[ adh-Dhahabee said about Aboo Mushir in his biography in 'al-Kaashif':
The Imaam, Aboo Mushir al-Ghassaanee, the Shaikh of Shaam.(He narrated) from Sa`eed ibn `Abdil-`Azeez, and (Imaam) Maalik; and from him (narrated):Ibn Ma`een, Aboo Haatim, and`Abdur-Rahmaan ibn ar-Ruwaas. He was from the finest of the scholars, and from the most eloquent and correct in speech, and one of those who memorized most. He was threatened with the sword to force him to say that the Qur.aan was created, but he refused, so he was imprisoned. He died in Rajab, in the year 218 (H)."]


"Keep your children away from evil companions, before it happens that you have immersed them in, and dyed them with affliction",


"The beginning of the corruption of children comes about from one another." 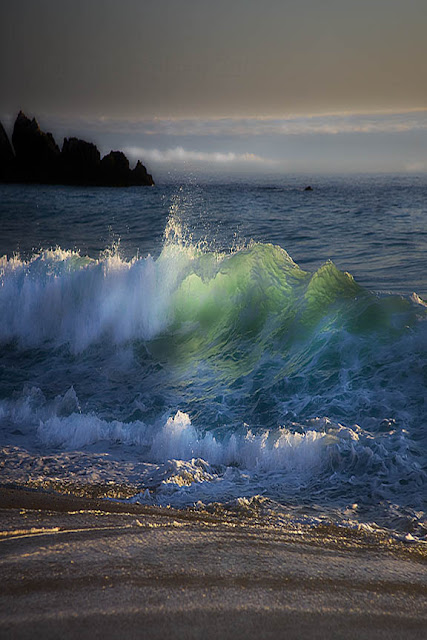 The following is a summary translation taken from Sahab.net


Question: All praises belong to Allah, peace and blessing are upon the Messenger of Allah.


As to what follows; Noble Sheikh I seek your approval for this poem I am going to read.


And the good is anticipated and the victory is expected and the truth despite the efforts of evil is victorious.


And with the accompaniment of the Creator's blessing its journey is pure, it has not with it flaws nor cloudiness.


As long as there is in our midst the son of Salih the Sheikh of our awakening, with the likes of him the support and triumph is expected.


Therefore I say if it is possible now to change the last verse with the statement: As long as our minhaj (methodology) is the first methodology as practiced by the Salaf, with the likes of this the support and triumph is expected; then this will be good.


I advise you not to make the truth connected to the men.

Firstly, because they could go astray, and like this is the statement of Ibn Masuood, may Allah be pleased with him, when he said, "Whoever is going to attach himself to someone then let him attach himself to those whom have died because verily the living is not safe from trials."


If you make the truth connect to the people itýs possible that a person may be deceived by himself, and we seek refuge in Allah from this; and he may take a path that is not correct.


Therefore the person is not safe from making mistakes and Fitna, we ask Allah to make us and you firm.

Secondly, the person is going to die, there is no one from amongst us who is going to live forever, {And We granted not to any human being immortality before you (O Muhammad), then if you die, would they live forever?} (Qur'an, Chapter 21 verse 34)


And I thank the brother for what he recited from the grammatical verses and I ask Allah to make me as good as what the brother thinks of me or better, but I do not like to be praised.

Those who ask why they should ask about anything 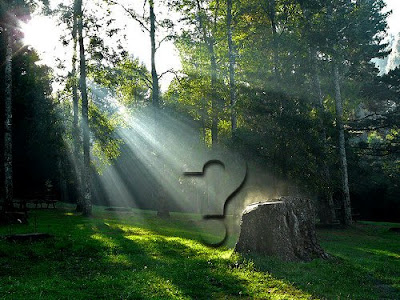 Those who ask why they should ask about anything


"There are those who ask why they should ask about anything when everything is already determined.


he will eat? These are more misguided than the animals, even the animals take means to achieve 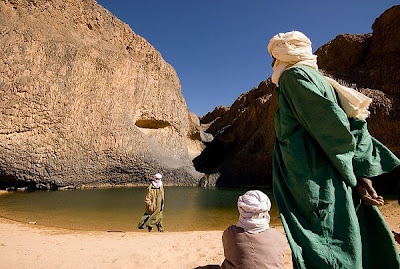 It is reported that Imâm Al-Awzâ’î – Allâh have mercy on him – used to say:


Whoever hides his heresy (bid’ah) from us, his companionship is not hidden from us.


It is reported that when Sufyân Al-Thawrî – Allâh have mercy on him – came to Basrah he started to look into the matter of Al-Rabî’ – i.e. Ibn Sabîh
(1) – and his status amongst the people. [Sufyân] asked, “What does he believe?” [People] replied, “He believes in nothing but the Sunnah.” He asked, “Who are his companions?” They replied, “The People of Qadr (those who denied Allâh’s pre-decree).” He said, “Then he is a Qadarî (like them).”


Yahya Ibn Sa’eed al Qattaan said: “When Sufyaan Ath Thawree came to Basrah he began to look into the affair of Ar-Rabee’ bin Subaih and the people’s estimation of him. He asked them, “What is his madhab?”, and they said, “His madhab is but the Sunnah.” He then asked: “Who is his companionship?” and they replied: “The people of Qadr”, so he replied: “Then he is a Qadari.”


(1) Al-Rabî’ b. Sabîh is described in biographies as being a truthful reporter, but with a bad memory; a devout worshipper and a mujâhid.


It is reported that Al-Fudayl b. ‘Ayyâd – Allâh have mercy on him – said:


The souls [of people] are in groups gathered together: those of them that identify with each other come together, and those that are different diverge. It is not possible for an adherent of the Sunnah to incline towards an adherent of Bid’ah except out of hypocrisy (nifâq).

Email ThisBlogThis!Share to TwitterShare to FacebookShare to Pinterest
Etiquetas: Friendship, Sayings of the Salaf, Sufyaan ath-Thawree

Those Who Speak ill Of The Sahaabah.. 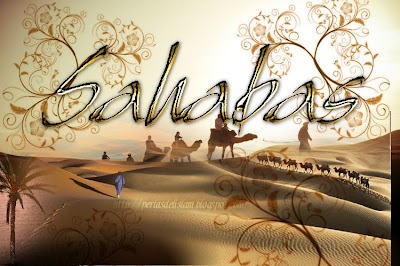 Those Who Speak ill Of The Sahaabah...

All the Companions of the Prophet صلى الله عليه وسلم were `Adool (just) and Sudooq (truthful). We do not revile anyone of them, nor do we mention them except in goodness.

The benefits of drinking camel urine

The benefits of drinking camel urine

I hope that you can provide me with a scientific answer – if such knowledge is available – about the saheeh hadeeth about drinking camel’s urine. May Allaah reward you.

Email ThisBlogThis!Share to TwitterShare to FacebookShare to Pinterest
Etiquetas: Medicine

Camel Urine and Milk as Shifa'a

Camel Urine and Milk as Shifa'a