The Principles of Aqidah 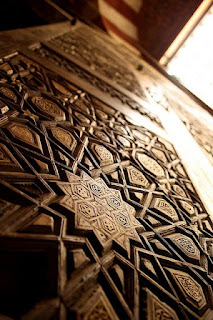 The Principles of Aqidah

The first thing which distinguishes the Ahl us-Sunnah wal- Jamaa'ah from all those besides them is the methodology with which they acquire their sciences (of the Deen) and the source of the Truth from which they derive their beliefs, concepts, acions of worship, dealings (with the people), their mode of conduct and their manners. The source of Knowledge and Truth in all the various branches of knowledge with the Ahl us-Sunnah is the Book of Allaah and the Sunnah of His Messenger (sallallaahu alayhi wasallam) . No words other than the words of Allaah come first and no guidance other that the guidance of the Messenger (sallallaahu alayhi wasallam) comes first.

2. There is no one who is free from making mistakes (in the Deen) except the Messenger of Allaah (sallallaahu-alaihi-wasallam).

3. The Ijmaa' (concensus) of the Salaf us-Saalih (Pious Predecessors) is regarded as a Sharee'ah proof which is necessary to hold on to for those who come after them.

And the Ahl us-Sunnah wal-Jamaa'ah believe that the most knowledgeable of the creation as regards the Deen of Allaah after the Prophet (sallallaahu alayhi wasallam) are the Companions (ra) and the Salaf us-Saalih. Whatever they united/agreed upon from any of the affairs or matters of the Deen is free from being wrong and it is not [permissible] for anyone to leave it. Their Ijmaa is a Sharee'ah proof which it is obligatory to hold on to for those who come after them. All those who stick to their Ijmaa are [therefore] those who adhere strictly to their Jamaa'ah (group).

4. They do not accept or affirm any speech or Ijtihaad (Jurisprudence) except after having thrown it against these three sources: The Book, the Authentic Sunnah and Ijmaa' of the Salaf.

The Ahl us-Sunnah hold on to the [Sunnah] which the Messenger (sallallaahu alayhi wasallam) came with and adhere to the [Jamaa'ah] of the Prophet (sallallaahu alayhi wasallam) and they are the Companions (ra) and whoever follows their way and adopts their methodology. They do not accept any Ijtihaad or any speech regardless of whom it comes from except after having referred it to the Book, the Authentic Sunnah and the Ijmaa of the Salaf.

5. They do not contradict the Qur'aan or the Sunnah with their 'Aql (Intellect) or opinions or analogies.

And (therefore) the Ahl us-Sunnah wal-Jamaa'ah do not rely upon, follow or cling except to the knowledge and the practise of the Salaf us-Saalih and whoever takes from them, sticks to their jamaa'ah and travels upon their trail and binds (and restricts) himself to their principles/foundations. And this is because the Companions (ra) learnt the tafseer (explanation) of the Qur'an and the Hadeeth from the Messenger (sallallaahu alayhi wasallam) , then taught it to the Taabi'een but did not put themselves before Allaah and His Messenger with an opinion, ones taste, ones intellect, sudden enlightenment (like that of the soofees) or other such things.

6. The Jamaa'ah (The Group that is united upon the Truth, which the Messenger (sallallaahu-alaihi-wasallam) came with, in terms of speech and action) is the means of Deliverance in this life and in the Hereafter.

The Ahl us-Sunnah therefore, hold fast to the Jamaa'ah of the Messenger (sallallaahu alayhi wasallam) turning away from the places of separation and difference, clinging tightly to the totality of the Book, the Sunnah and Ijmaa (unanimous agreement of the companions), whilst being far from the places of obscurity and unclarity (in the Book and the Sunnah) which separates and divides the united. And (this is because) the Jamaa'ah in (their estimation) is the means of Deliverance in this life and the Hereafter.

7. They do not make obligatory the acquaintance with a particular type of knowledge upon he who is incapable and which is befitting for the capable person only.

And the Ahl us-Sunnah believe in what the Prophet (sallallaahu alayhi wasallam) came with in its entirety, however, they differentiate between the one who is capable and the one who is not with regards to knowing what the Messenger (sallallaahu alayhi wasallam) came with in a detailed way. And this is a mighty principle: many trials have befallen (the Ummah) due to absence of its understanding.

Peace and Blessings upon the Messenger of Allaah, upon his Companions (ra) and all those who follow in their footsteps until the Day of Resurrection.